Special report: the Venezuelan State does not meet almost all recommendations of the UN High Commissioner for Human Rights

Provea presents the following report on the degree of compliance of the Venezuelan State with the recommendations made by the United Nations High Commissioner for Human Rights (OHCHR), Michelle Bachelet, in her written report to the United Nations Human Rights Council (41st session in 2019). This report marked a milestone in the global analysis of the situation in Venezuela before the main UN human rights body, and include 23 recommendations to the Venezuelan State, 13 of them of immediate compliance.

Given that the recommendations are addressed to the Venezuelan State, compliance with these recommendations corresponds to the de facto government of Nicolás Maduro, considering that it is he who has control over the national territory and the main public institutions. Therefore, the de facto government is obliged to comply with the international human rights treaties that protect the Venezuelan population.

This report intends to provide an analysis on the compliance with those recommendations. It is evident that the humanitarian and human rights situation has worsened with the deepening of the complex humanitarian emergency and with the consolidation of authoritarianism and the destruction of the rule of law in Venezuela.

It can be concluded that there have only been positive steps in two of the 23 recommendations. The first has to do with the presence of officials from the OHCHR Office in Venezuela thanks to the Memorandum of Understanding agreed upon between the OHCHR and the Venezuelan State in September 2019; and the second relates to increasing the capacity of vaccination programs, which has occurred due to the support of international agencies that have increased coverage and published data on their humanitarian assistance. The other recommendations have not been complied with or are impossible to evaluate due to the lack of official data which the State has the responsibility to publish, or they present evident setbacks.

The following general observations can be made about compliance with the recommendations:

a) In the context of the complex humanitarian emergency, there is an aggravation of all the economic, social and cultural rights (ESCR) mentioned in the recommendations, deterioration that occurred before the COVID-19 pandemic and worsened during the so-called “state alarm” implemented by the State.

b) There are no public policies consistent with the rule of law, and the deliberate and general opacity of state institutions impedes the social and institutional control of spending. This also makes it difficult to establish criminal and administrative responsibilities for acts of corruption.

c) Public policies do not comply with human rights standards, especially the principle of non-discrimination, and are also instrumentalized for political purposes.

d) Impunity for human rights violations is almost absolute and is aggravated by the lack of independence of the Judiciary, the Public Ministry and the Ombudsman.

e) The complete lack of independence amongst the public powers aggravates the mechanisms of accountability of the State, encourages corruption and makes people more vulnerable to abuse of power, extortion and threats committed by State officials.

f) The institutions of the State are instrumentalized to persecute the political and social opposition and to ensure the permanence in power of the ruling elites above the well-being of the population.

g) The persecution of human rights defenders, broadly defined, and of media workers, seeks to silence the social demand for State accountability and prevent the disclosure of information other than official information.

h) The consolidation of institutional and para-institutional mechanisms of social control continues, going through identification mechanisms to paramilitary structures that act in collusion with police, criminal investigation and military bodies.

i) Victims of human rights violations are not a priority for the State authorities, especially for the institutions in charge of protecting them.

j) The de facto government seeks to ensure that the OHCHR’s presence in Venezuela is tailored to its interests, restricting its functions and using it for propaganda purposes.

We hope that this work contributes to the knowledge and dissemination of the OHCHR’s recommendations within Venezuela. But it is also intended to inform and alert Member-States of the Human Rights Council and other members of the United Nations of the Venezuelan State’s non-compliance, especially on the occasion of the presentation of a new written report by Michelle Bachelet during the 44th session in July 2020.

The full report can be downloaded here PDF 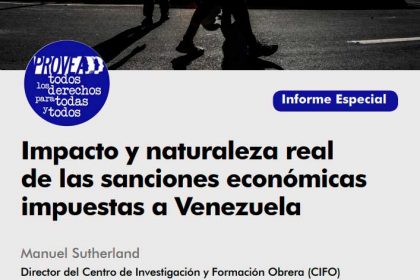 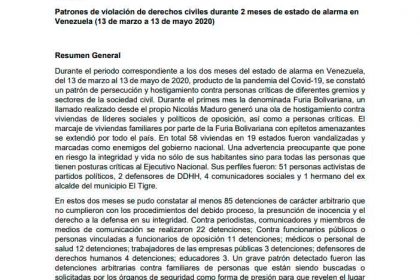 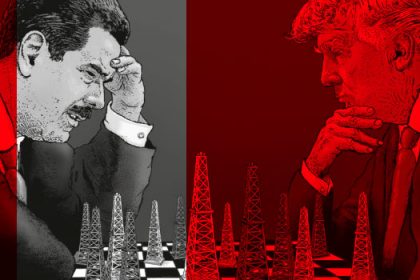