Marino Alvarado │ At the time of writing this article, it was unofficially known that 23 people were killed in an operation carried out by the Special Actions Forces of the National Police (FAES) in the working-class neighborhood of ​​La Vega in Caracas.

Never before in the history of the country, either before or during the governments of Chávez and Maduro, had a “public safety” operation resulted in such a high number of victims.

In the so-called People’s Liberation Operations (OLP) that were carried out perpetrating crimes against humanity, the operations with the highest number of victims took place on July 13, 2015, on Cota 905 with 15 murders, the Valle Coche massacre in May 2016 with 14 murders, the Carabobo massacre with 13 victims in October 2015 and the Barlovento Massacre in October 2016 with 12 forced disappearances.

The La Vega massacre is the continuation of a policy, under the criterion that the “end justifies the means”, meant to do away with whomever the authorities designate as criminals and, in the pursue of the objective, murder people involved or not in criminal acts. There is not the slightest interest in investigating, arresting, and prosecuting suspected criminals, but in taking their lives. A policy of extermination. A drip massacre -as criminologist Keymer Ávila has called it- that is sowing mourning and suffering in mainly poverty-stricken areas.

The Bolivarian National Police, through its elite body the Special Action Forces (FAES) and the Bureau for Scientific, Criminal and Forensic Investigations (CICPC), are the two security organizations responsible for the largest number of violations of the right to life.

From 2010 to August 2020, security forces in Venezuela had murdered more than 27,000 people. Most of these homicides are justified by the government under the figure of resistance to authority.

The silence of those who have held the position of Ombudsman of the Republic, and the lack of political will from the Public Ministry to investigate and punish the accountable, including the chains of command at middle and high ranks, served and still serves as encouragement to the government leadership and the heads of the police forces to continue implementing this policy.

The State has an obligation to guarantee public safety, but it cannot turn its officials into criminals who act outside the law, perpetrate all kinds of crimes and end up generating more insecurity. In the end, the entire population is damaged.

What has been happening is continual extermination that pursues a different objective under the shield of the so-called fight against crime. In a strategy to exercise and reinforce social control over the population. To scare, to create the feeling that you can be the next victim and that raising your voice or demanding your rights bears a risk.

When the OLPs were first deployed, several organizations and human rights activists warned that the government was also trying to counter social protest. And in the context of the Popular Rebellion of 2017, much of what had been implemented in working-class neighborhoods during said police operations was deployed against the protests.

Besides tackling crime, it is very likely that the events in La Vega also had the purpose of appeasing the growing social protest that had been taking place.

In the second half of 2020, the residents of the neighborhood carried out a series of highly organized actions to demand improvements in public services. The last protest took place at the end of the year and had broad community participation. The struggle of the residents, in one way or another, had become an example for other working-class neighborhoods affected by the chaos in public services. A benchmark for social struggle that was turning the light that could guide other communities.

Therefore, it should not be surprising to see heightened police and military presence and the persecution of the social leaders at the forefront of the organization and mobilizations in months to come.

For those who think that violence prevails in that area of ​​Caracas, it must be emphasized that this community has historically shown an intense community and cultural activity and it is one of the most socially tight-knit communities in the city. I am sure that their organizational capacity and their willingness to continue fighting for better living conditions will prevail over any manifestation of violence, whether from crime or from the State institutions. 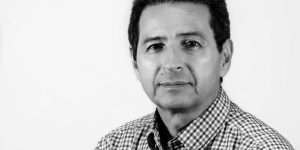