Is the visit of the rapporteur on sanctions a victory for the de facto government?

Calixto Ávila │ The de facto government seems committed to getting the maximum political gain from the visit to Venezuela of the UN Special Rapporteur on the negative impact of unilateral coercive measures, Mrs. Alena Douhan. It has invested a lot of effort in advancing a narrative outside and inside the country that points to the sanctions imposed by the United States as the main cause of the serious humanitarian and human rights situation, in order to excuse itself from its responsibilities. This narrative has been one of the government’s main arguments at the UN Human Rights Council and has been brought before the Prosecutor’s Office of the International Criminal Court, leading to the opening of the preliminary examination Venezuela II for alleged crimes against humanity caused by those sanctions. But Mrs. Douhan’s visit is far from being a victory for a government that finds itself in debt with the thematic mechanisms of which the rapporteur is a part, who also seems to follow academic rigor and independent thinking.

As is customary, the government will activate its propaganda apparatus during the days of the visit to show that it is willing to cooperate with the UN. But it will hide, on the one hand, that it committed in June 2019, during Ms. Bachelet’s visit to the country, to invite at least 10 mechanisms in two years, and that the Human Rights Council, in Resolution 42/L4 of September 2019 recommended that at least the following thematic mechanisms be invited: the Working Group on Enforced or Involuntary Disappearances; the Special Rapporteur on the independence of judges and lawyers; the Special Rapporteur on extrajudicial, summary or arbitrary executions; the Working Group on Arbitrary Detention; the Special Rapporteur on the right to food; the Special Rapporteur on the right of everyone to the enjoyment of the highest attainable standard of physical and mental health; and the Special Rapporteur on torture and other cruel, inhuman or degrading treatment or punishment and the Special Rapporteur on the rights of indigenous peoples. It is clear that the selection criteria of that government are aimed at suiting its own interests and not those of the victims of serious human rights violations in the country. On the other hand, it will remain silent on the 45 communications, out of 84 received, that have not been answered by the Foreign Ministry since 2011, in which various UN thematic mechanisms have requested information on cases of human rights violations, many of them serious and urgent. These include attacks on human rights defenders, extrajudicial executions, arbitrary detentions, attacks on indigenous peoples, migrants missing in the Caribbean Sea, torture, attacks on journalists and the media, lack of independence of judges and prosecutors, the application of the “Law against Hate”, the deterioration of the health system, the prison situation, the right to demonstrate peacefully, the persecution of the political opposition, among others. In short, that government not only chooses, through a delaying strategy, to invite just one of the 44 rapporteurs of the Human Rights Council but also fails to explain the issues that do not fit their interests, despite having the duty to respond under international law.

During the visit, that government will provide the rapporteur with information that has been missing from the public records for years and that has been denied to the Venezuelan population, making democratic social oversight impossible. But Ms. Douhan is a renowned academic at the Belarusian State University and has conducted extensive research on human rights and international law. Without a doubt, she is a specialist on the subject of sanctions and she knows about their international legal framework and their impact on human rights. With this accumulated prestige, it is difficult to imagine that an expert researcher and academic accepts the official version without validating the information and contrasting it with other sources. As an independent expert with a mandate defined in Human Rights Council Resolution 27/21 on Human Rights and unilateral coercive measures and Resolution 45/5, the Rapporteur does not seem easy prey for a Foreign Ministry that has made propaganda, instead of validated and debated information, its central axis of action before the United Nations system. The Rapporteur may ask herself how the country reached a complex humanitarian emergency that has created the massive migration of a population similar to that of Syria, without the existence of an armed conflict, and to what extent the sanctions are the cause of that migration or if there are “other” factors; or in what way these sanctions affect humanitarian assistance and humanitarian organizations, and if these sanctions are the cause of the suspension of the Humanitarian Cash Transfers Program by the UN system in Venezuela or if they are related to the arbitrary detention of five aid workers from NGO Azul Positivo in Zulia. Ms. Douhan may wonder if, as in Syria, the impact of the sanctions can be comparable to the impact of 10 years of armed conflict or 20 years of structural corruption in Venezuela; or if the sanctions had something to do with the obscure fate of over one trillion dollars obtained by Venezuela from exports between 1999 and 2015, equivalent to 10 Marshall plans.

The rapporteur’s report will be presented to the Human Rights Council next September. According to the procedure established for reporting after a visit to a country, the rapporteur will first send her report to the de facto government so that it can rule on “errors of fact” only. Undoubtedly, the independence and academic rigor of the rapporteur are essential for her perception of the situation in the country. Finally, it is clear that the single visit of the rapporteur, when there was a commitment to invite ten similar mechanisms before next June, denotes that deep down in this government the intention to protect its interests over the rights of the victims prevails, preventing these mechanisms from verifying the human rights situation on the ground. 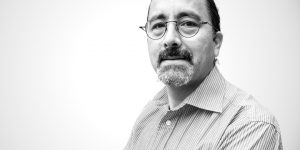