Nobody saw a Twitter account throwing a stone, or a Facebook profile covering from the tear gas, there is no record of a WhatsApp group in between two soldiers, on a motorcycle, with an unknown destination. What we saw in the months of protest was people on the street, but the invisible thread that wove them all were their social media. Each of the digital spaces that connected people were a second skin that joined the whole process of indignation and construction of resistances, therefore the communication networks were protagonists, or at least the space where the stars left testimony of their struggle, their occupation of public spaces and their mobilisation.

Protests in this hyperconnected era have completely different characteristics than those previously known. Each citizen is in turn a potential narrator, with the capacity to record, disseminate and multiply messages, also to receive them from different sources, in a decentralized, autonomous way and bypassing official censorship. That’s an info-citizen, and Venezuelans came to 2017 hardened from a continuing crisis that has provided enough experience. But crises have no background and new levels can always be discovered.

The new language is a challenge

The first novelty of the 2017 cycle is that the information consumption ritual had completely changed among the Venezuelan info-citizens. It is estimated that 60% of the country had daily contact with the Internet, a figure that for the consulting company, Tendencias Digitales, shows a stagnation in the growth with respect to our history.

This means that the economic contraction also affected connectivity, its speed and the ability to include new users. However, among the participants, around 10 million smartphones were active with the capacity to consume and nourish the applications that connect with social networks. Among them, millions of users went as poachers to find new information on popular platforms such as Twitter, Instagram, WhatsApp and Facebook, in order to satisfy their lack of content.

That ritual avoided television, because unlike the previous decade, the media were prevented from broadcasting any image or allusion to the protests and the repressive actions of the State live and direct, even in most of them the agenda of their newscasts was made invisible. At most, some radio stations made reports and balance sheets, with all the limitations and threats of Conatel. The newspapers, with their temporality, covered news as they could, still agonizing from the scarcity of paper that happened each day.

However the leaders were the digital media, but not all networks. The preference of the users for the comfortable spaces marked the consumption trend: where their friends are. In short, Venezuelans were informed by “social filter”, which is the selection of contents and supplies shared by their friends, in a complex, dispersed, rhizomatic network that responded to the particular needs of each group of users, according to their filiations

In addition, the networks served as a catalyst to accelerate decision making, the contagion of mobilisation, the organisation of communities, the discussion groups and the multiplication of outrage when something broke the news and made an addition to the balances of the day. All of that on the mobile screens that people carried in the palm of their hand to broadcast videos, photographs, audios (many voice notes) and texts, even with some room for errors, rumors, unfounded lies and disinformation campaigns in the midst of the crisis. Even so, the Venezuelans were more powerful because they were connected and that is something that the hegemony knew quickly.

For the theoretician of the knowledge society, Manuel Castells, in his book Networks of indignation and hope (2012): “Social change supposes an individual action, a collective action or both at the same time that, at its core, has an emotional motive. ”

In that sense, the basis of digital communications -so human and close because they speak the language of the people and process each shared experience organically and collectively- are related to the descriptions that Castells makes about the emotions that arouse:

“Anger increases with the perception of an unfair action and the identification of the agent responsible for the action. Fear triggers anxiety, which is associated with the avoidance of danger. Fear is overcome by sharing and identifying with others in a process of communicative action. Then, it is transformed into anger, leading to a behavior that takes risks. When the process of communicative action induces collective action and change is effected, the strongest positive emotion prevails: enthusiasm, which promotes deliberate social mobilisation. Enthusiastic and connected individuals -once they overcome fear- become a collective conscious actor. ”

Each digital space served to satisfy in its own way the information hunger that generated the impetus of street mobilisation. At the end of day, everyone wanted to know “how are we going?” and “how much longer?”, but there were no answers for that, only the part of the day

A platform like Twitter led social networks not because of the number of users, but due to the possibility of bringing together the attention of those who wanted to follow the events in real time, the way in which the contents go viral there and how they leapt to the public debate agenda.

Facebook, on the other hand, constituted the space of conversations between interested groups, besides an interesting space for the diffusion of videos. Also, taking the space that blogs once had, they served as a personal blog that recorded downloads and moods of users every day in the privacy of their friends

Instagram did give one of the most interesting turns of which there is register. As the network honors photography in its core and is also a carrousel of ostentation, pleasant publications and the search for an aspirational aesthetic mutated during times of protest to offer more powerful and carefully chosen graphics to impact and generate effects. Not any fire or any hood was published: there had to be composition, depth, perfect framing and definition. Even the professional photographers competed for more and better images those days. They gained public recognition and a privileged place in street clashes, and many multiplied their number of followers amid the high demand for quality content.

WhatsApp allowed millions of inhabitants with less knowledge on digital tools to disseminate and record information in a more secure and private environment. The content virality in WhatsApp -without a visible center- allowed information to run from group to group quickly and without having large mass media, covering in its own way a new form of being ‘mainstream’. Also, being a private messaging protocol, it allowed to confirm information and to talk about contents still in its germinal stage, when they are not completely processed to be formally disseminated in a journalistic media.

From information to action

What we saw as a permanent trial was the rapid constitution of digital communities with links built on trust and emergency. These showed the capabilities of disseminating content at high speed, registering the excesses of power and connecting with media that would verify and publish.

The Turkish techno-sociologist, Zeynep Tufekci, author of the 2017 book “Twitter and tear gas: the power and the fragility of connected protest,” defines the digital world in which we cohabit as a “chaotic world of public spheres.”

There are things in it that have transformed us as a social fabric:

“Ordinary citizens or activists can generate ideas, document and disseminate news of events, and respond to the media. This new sphere also has points of strangulation and centralisation, but different from those of the past. The public sphere in social media has emerged with such force and speed that it is easy to forget how new it is. Facebook began in 2004 and Twitter in 2006. The first iPhone, announcing the age of the smartphone and connection to social media, was introduced in 2007. The great extension of digital connectivity can blind us to the power of this transformation. But it should not. These dynamics are significant social mechanisms, especially for social movements, since they change the functioning of a key resource: attention. The attention is oxygen for movements. Without it, they cannot catch fire. ”

The days of April 2017 and following were the months of greatest dynamics of collaborative journalism, with cognitive balances and relational capitals that present opportunities to continue narrating to the country. It’s like having a large distributed editorial desk with hundreds of thousands of potential storytellers prepared for the next conjuncture. It is installed capacity and knowledge forged in experience. Because the energies that are created in a movement of high social tension, they can also be channeled into the dissemination of information that allows others to become aware, catch up, make decisions and mobilise more efficiently, as long as there is collective learning, such as when information was confirmed and stopped being a rumor or was rejected just because it lacked validity.

Finally, social media are also the space of collective memory. Not only did they have a power of immediate effect, with global diffusion and attention in the public agenda, but they are also the space where it has been recorded emotions, manifestations of solidarity, a thousand and one ways of protests, hyperlocal manifestations that soon had the whole country in suspense, relations with the Venezuelan diaspora that -still scattered throughout the world- followed the destinies of the country -because they also have better bandwidth. All that set of materials is still awaiting for processing and study, because they were the mixed stories of a few tense days in which most had an action quota and a fragment to share. In social media, the pain of the deaths and the rapid construction of a “we” that was recognised in the resistance was processed to say no -once again- to those who violated the constitutional order. In social media the knots will be untied for the upcoming country. 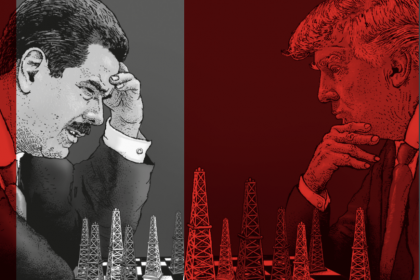